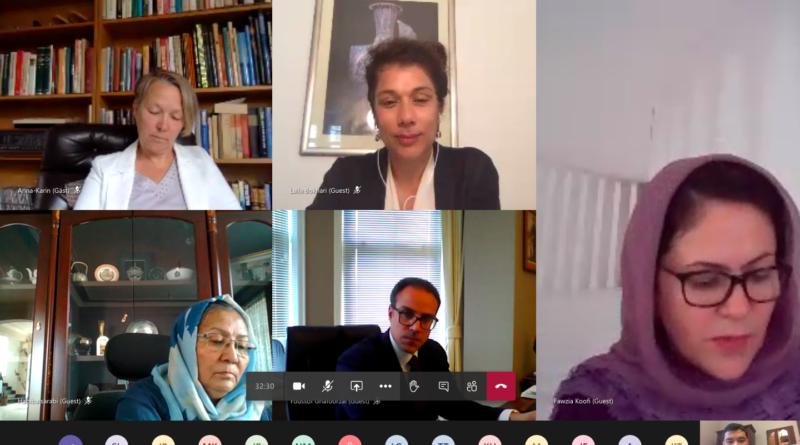 The Embassy of the Islamic Republic of Afghanistan in Oslo, in a joint initiative with the Nordic Women Mediators (NWM) Network, held a virtual discussion on the role of Afghan women in the peace process.

The meeting began with opening remarks by Ambassador Youssof Ghafoorzai, who gave an overview of the new opportunity that had emerged in the peace process, the government’s commitment and the efforts to move the forward towards the desired outcome of the people of Afghanistan.

In that regard, he highlighted the important role of Afghan women in all stages of the process and the key demand of all segments of society to see the consolidation of democracy and pluralism; the preservation of the republic and the fundamental freedoms and rights.

Mrs. Fawzia Koofi and Dr. Habiba Sarabi discussed various aspects of the process, including preparations for peace talks and the common position of Afghan women in the process. The members of the Nordic Women Mediators Network from Norway, Sweden, Denmark and Finland spoke about the work and experience of the NWM in the areas of peace and conflict resolution.

Also giving remarks was the Ambassador of the Kingdom of Norway to the Islamic Republic of Afghanistan, H.E. Kjell Pettersen.

The Nordic Women Mediators was officially launched in Oslo in November 2015.  It is a network of women from the five Nordic countries who have professional expertise relevant to conflict mediation and peacebuilding.

NWM network members share a commitment to sustaining peace through the inclusive and meaningful participation of women in all phases of the peace processes.  NWM is an instrument for the involvement of Nordic women in advocacy and other areas in support for peace. 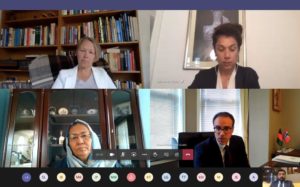 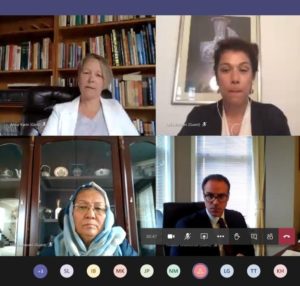