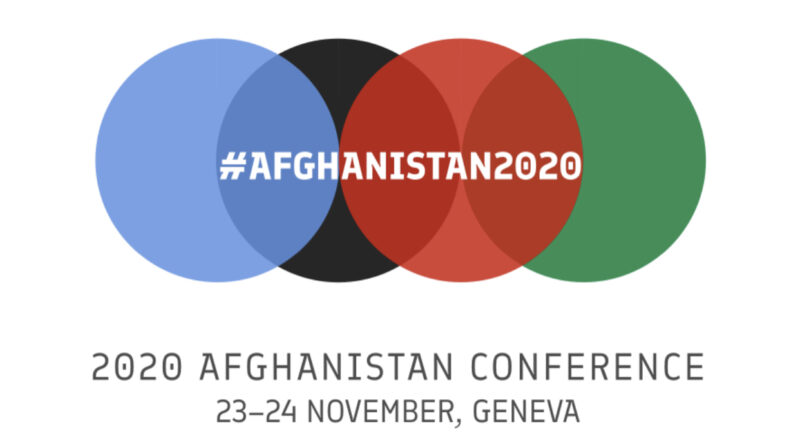 In his keynote address, President Ghani expressed his gratitude for the international community’s financial support over the last two decades, which has been pivotal for the progress achieved in Afghanistan. This progress is evidenced by several development key indicators, such as the decline in maternal mortality rate, which declined threefold between 2000 and 2015; and the increased rates of access to education, jobs and economic opportunities, especially for girls and women.

The Government of Afghanistan also presented the Afghanistan National Peace and Development Framework II (ANPDF-II), a strategic framework for development with the goal to transition from an aid-dependent economy to a self-reliant one in a peaceful Afghanistan. Among the key measures are institutional and process reforms, strengthen public finance systems and fighting corruption.

From their part, the international community reaffirmed their continued financial and development support for Afghanistan, pledging at least $3.3 billion for the first year of the upcoming 4-year period, with the expectation that Afghanistan will hold on to the gains made in the past and continues progress in strengthening institutions and the protection of human rights.

The international community also reaffirmed their commitment for a negotiated end of the conflict and an outcome of the peace process that meets the demands of the Afghan people, preserving the gains of the last two decades. They stated that a sustainable peace can be achieved only through an Afghan-led, Afghan-owned peace process that is internationally supported. UN Secretary-General Antonio Gutierres called for an immediate and unconditional ceasefire and expressed his support for a peace process in which women play a meaningful and equal role.

Norway’s Minister of Foreign Affairs, H.E. Eriksen Søreide, highlighted Norway’s role as key partner of Afghanistan and pledged NOK 650 million for 2021, maintaining this high level of aid through to 2025. . She underscored the importance of an outcome of the peace process that preserves and enhances the gains of the last two decades in the areas of human rights, democratization, women’s rights and civil freedoms. She also stressed the importance of the Afghanistan 2020 conference and the international community in supporting the current peace process.

Denmark’s Minister of Foreign Affairs, H.E. Jeppe Kofod, reconfirmed Denmark’s strong commitment to support peace, development and human rights achievements in Afghanistan, joining the call for an immediate and unconditional ceasefire. He also pledged up to $64 million for development assistance, with the aim to preserve and enhance the progress made.

In the official communiqué after the conference, the international community and the Government of Afghanistan emphasized the importance of supporting the Afghan Government in capacity building, particularly in the areas of security and counter-terrorism. They also highlighted the importance of regional cooperation in promoting stability and peace, as well as assisting Afghanistan in reclaiming its traditional position as a regional hub for trade, cooperation and connectivity.

Moreover, the conference acknowledged the economic development achieved by Afghanistan with international support through the Afghanistan Reconstruction Trust Fund (ARTF) and highlighted the importance of the private sector and the role of women in the business life. The conference also highlighted the need for long-term support and assistance to the Afghan people in achieving the Sustainable Development Goals.

The international community and the Government of Afghanistan look forward to the Senior Officials Meeting of 2021 and the biennial ministerial meeting of 2022 to review the progress made toward the goals set.