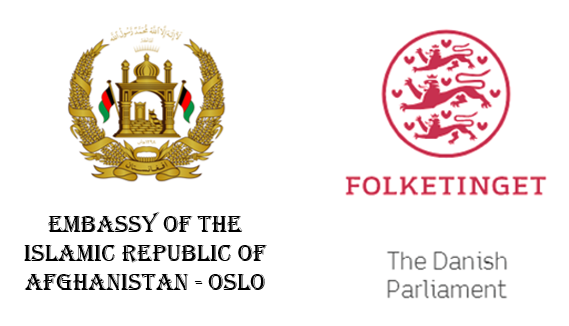 They also discussed the importance of women’s proactive engagement in different fields, including the economic and social sectors and the ongoing peace process.

Ambassador Ghafoorzai highlighted her membership in the Folketinget (Danish Parliament) as a symbol of the great talent, commitment and determination of Afghanistan’s youth who are striving for and achieving success under difficult circumstances. He discussed the Embassy’s initiatives in various fields, among which he proposed the start of dialogue and partnership between the Afghan and Danish parliaments, especially  collaboration between women parliamentarians on different issues.

Ambassador Ghafoorzai hailed Denmark’s important contributions for Afghanistan in the security, governance, human rights and education sectors, under the Afghanistan-Denmark bilateral strategic partnership. Denmark’s strong voice of support on defending democracy, human rights and other fundamental freedoms was appreciated and valued by Afghanistan. This sentiment was also reflected by Foreign Minister Atmar in his meeting with his Danish counterpart, Jeppe Kofod last month.

MP Samira Nawa welcomed the proposed initiative for the start of collaboration between women parliamentarians from Afghanistan and Denmark and looked forward to this partnership in the way forward. They also discussed other initiatives that could be beneficial for empowerment of Afghan women in the business and economic fields.

The Ambassador gave an overview of the Embassy’s initiatives with Denmark to help bring new attention to different sectors in Afghanistan. This issue would be of great importance, as Afghanistan was preparing for the post-conflict development agenda which is essential to build and consolidate peace.

MP Samira Nawa and Ambassador Ghafoorzai would follow-up on the initiatives discussed.