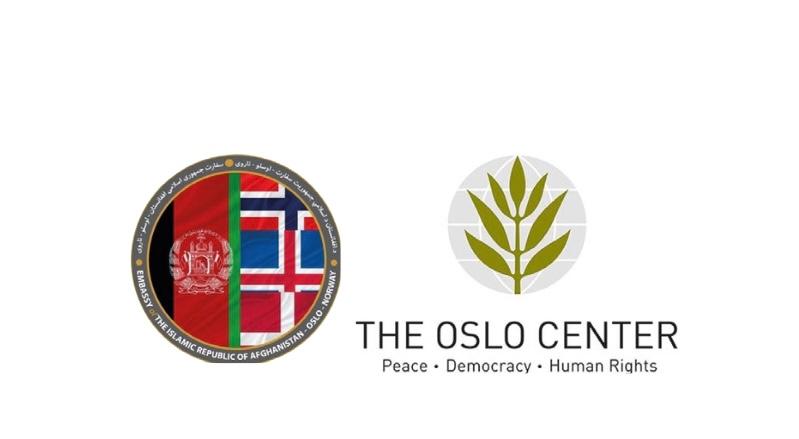 On Wednesday the 10th of March, the Embassy held a first virtual meeting with the Oslo Center, a Norwegian peace, democracy and human rights institution, to exchange information on the Afghan peace process and to identify possible areas of collaboration. The virtual meeting was attended by the Executive Chair of the Center and former Norwegian Prime Minister, Kjell Magne Bondevik, Ambassador Ghafoorzai, Executive Director of the Center, Finn Jarle Rode and Senior Advisor Bjarte Tørå.

The Oslo Center was founded in 2006 by former PM Kjell Bondevik and former Cabinet Minister Einar Steensnæs as an “independent, non-partisan, non-governmental organisation.” The organisation is focused on United Nations Sustainable Development Goal 16: “peace, justice and strong institutions,” particularly on the functioning, strength and stability of institutions.

The Oslo Center describes its work as “democracy assistance” wherein it pursues a holistic approach, working with political institutions and processes that involve governance actors, civil society, political parties and independent commissions and committees. The Center’s vast experience in democracy assistance and inclusive societal processes ranges from Kenya and South Sudan to Ukraine and Myanmar, underlining its truly global efforts.

Ambassador Ghafoorzai, Mr. Rode, Mr. Bondevik and Mr. Tørå discussed possible areas of collaboration that focus on initiatives aimed at the further empowerment of woman and youth groups in Afghanistan.

Mr. Tørå pointed out, that democracy assistance is always context dependent and that listening to the people was key in order to strengthen linkages between citizens and political representatives, build inclusive political parties, and advance youth participation, in order to find a “fitting model” for Afghanistan,” and to ensure stability and peace in the country. Regarding the strengthening of women and youth participation, he also underscored that men must be included and involved in the process to achieve set goals.

Mr. Bondevik emphasized the immense expertise and experience of the Oslo Center, and that the organisation was looking forward to begin collaboration with the Embassy and Afghan civil society in the way forward.

Ambassador Ghafoorzai thanked the respective representatives of the institution for their insights and underscored what a great opportunity a collaboration with the Oslo Center was for Afghanistan. He emphasized further, that Norway’s contributions to Afghanistan are highly appreciated across the country and that the Center’s focus was very relevant for a population that consists of close to 70% youth, including exceptionally talented women, who have become proactive agents of positive change in Afghanistan. The Ambassador therefore underscored the benefits of a start of collaboration between the Center and actors of Afghan civil society, including youth and women’s groups on various issues.

Lastly, all participants agreed to identify specific areas of collaboration between the Embassy, the Oslo Center, and women and youth groups in Afghanistan.