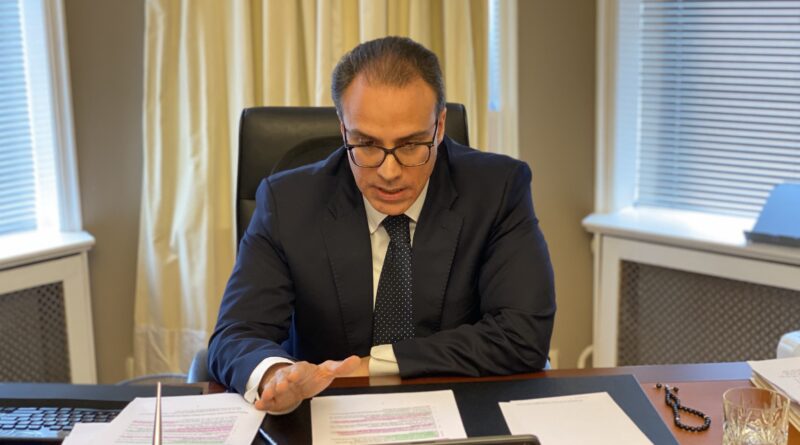 On 11 November 2020, Ambassador Ghafoorzai was invited by Professor Elisabeth Eide to give a lecture on the Afghan peace process, the role of the International Community and the UN at the Oslo Metropolitan University. The lecture was attended by a number of prominent Afghan journalists from top media outlets in Afghanistan.

Ambassador Ghafoorzai started his lecture by highlighting the important role rendered by Afghanistan’s journalists and media in the emergence and consolidation of democracy and pluralism in the country which was among the most important foundational achievements made in the past two decades. He stated journalists in Afghanistan were making contribution to the country’s democracy and future in ways beyond what’s often imagined.

He paid tribute to the memory of all Afghan journalists who had lost their lives in the service of their country and people and democratic values. Attacks on journalists was a deliberate attempt by terrorists to silence the voice of reason and truth. Yet, such attacks would not undermine the commitment of Afghanistan’s media personnel and civil society from helping secure the country’s future.

Speaking on the important contributions of international organizations in Afghanistan, he also gave an overview of the historical role of the UN in Afghanistan, from its condemnation of occupation in the 1980’s; the activities of the United Nations Special Mission to Afghanistan (UNSMA) in the 1990s and role of UNAMA during the post-Bonn era, starting in 2002.

After that he summarised the UN’s engagement in Afghanistan after Bonn under the United Nations Assistance Mission in Afghanistan (UNAMA) and its impact on some of the most important achievements made in the last two decades. The UN’s work has covered different areas, including governance and institution-building, human rights, regional cooperation, coordination of international development assistance and support for an Afghan-led and owned peace process.

More broadly, Ambassador Ghafoorzai stressed the important role of the international community for achieving a successful outcome to the peace process – one which results in an outcome that meets the people’s expectations in the context of the End-State.

He said that the start of directs was the culmination of persistent efforts by the government of Afghanistan in the past two years, including the latest display of compromise in releasing over 5,000 Taliban prisoners as a confidence-building measure.  Such a decision could – in fact – be unprecedented in the history of recent peace processes in any part of world, but that it was taken nonetheless for the greater and ultimate goal of ending conflict and achieving peace – which was the main demand of the people.

The overall expectation of the people and government of Afghanistan and also the international community was that the Taliban would reciprocate by reducing violence, committing to a ceasefire and engaging in good-faith talks – from a practical and realistic position. However, such has yet to take place, with the high level of attacks and violence which continued.

He asserted that the strategic  messaging by Afghanistan’s partner countries and organizations, including the UN, must be consistent and supportive of an End-State that meets the demands of the Afghan people, preserving and strengthening the fundamental gains of the last two decades, including in the areas of democratization, human rights and women’s rights. For its part, the UN was an international organization that included in its mandate, a role in help build  regional consensus for peace and stability in Afghanistan.

He also spoke about the important role being played by different countries in support of the peace process, including the 5-nation supporting group, comprised of Norway, Indonesia, Germany, Qatar and Uzbekistan.

In that regard, he noted that all international efforts in support of peace would have optimal impact when conducted in conformity with the principle of Afghan ownership and leadership of peace efforts – a key principle enforced and reflected in various international conferences on Afghanistan and also important UN resolutions on Afghanistan.

He also highlighted the role of the international community – partner countries and also international organizations – during the post-peace phase, following any potential peace agreement to be reached with the Taliban.  The Geneva Conference next week  – which will mark the start of a new phase of Afghanistan’s partnership with the global community – will endorse Afghanistan’s new national peace and development framework (ANPDF-2).

The new strategy will be key mechanism to try and sustain and build any potential peace to reached with the Taliban.

Afghanistan looks forward to continuing its partnership with the international community in the way forward. 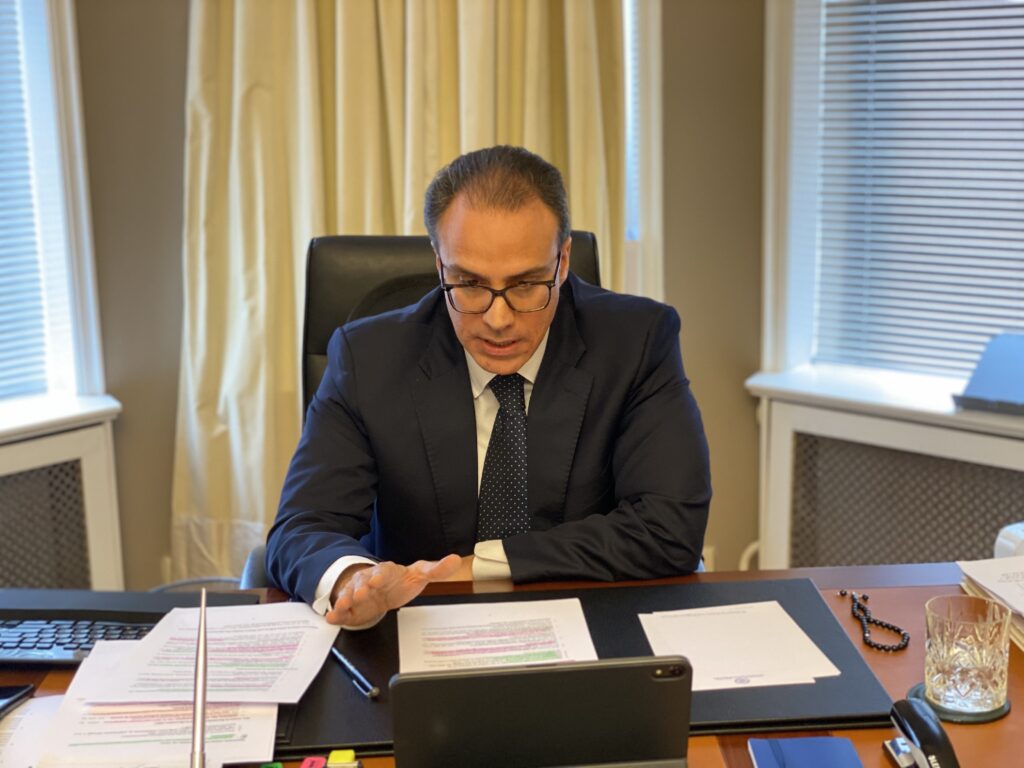 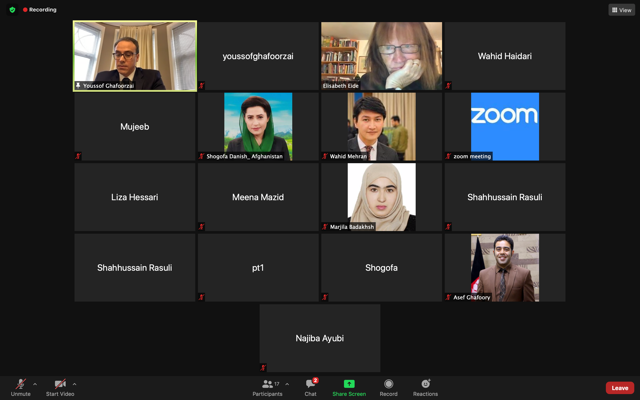