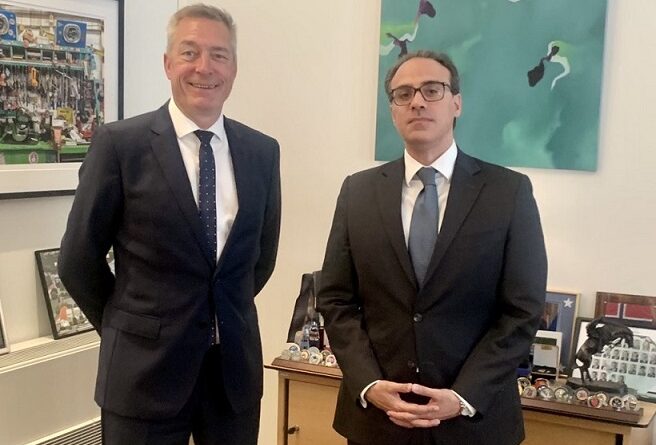 At the meeting, Ambassador Ghafoorzai gave an overview of recent developments in the country, including the overall security situation in Afghanistan, particularly the Taliban offensive which has taken place in recent months in grave violation of the groups expressed commitments under the Doha agreement of February last year. He also alluded to the grave human rights violations by group, which amounted to atrocities and war-crimes. He underscored the important role of the international community to help end the Taliban offensive and pressure the group to honor all their commitments, including enforcement of a permanent ceasefire and sincere engagement in peace talks for political settlement, based on the will of the people.

Furthermore, the Ambassador addressed the exacerbated humanitarian situation in Afghanistan and highlighted urgent assistance is needed for vulnerable groups, including the 300, 000 newly displaced people since mid-April. He also gave an update on the 6-month security plan, which included, “re-grouping, re-organization and re-prioritization.”

The people and government of Afghanistan highly value Norway’s contributions in various fields for Afghanistan, including financial and military support in the areas of security and defense, both within the previous NATO-ISAF and Resolute Support Missions (RSM). One of Norway key achievements in the security sector has been the development of the CRU-222 special force in the Afghan Ministry of Interior.  Norway’s continued engagement, support, and collaboration in different sectors remained imperative to help consolidate past gains and achieving the shared goal of peaceful, stable and self-reliant Afghanistan.