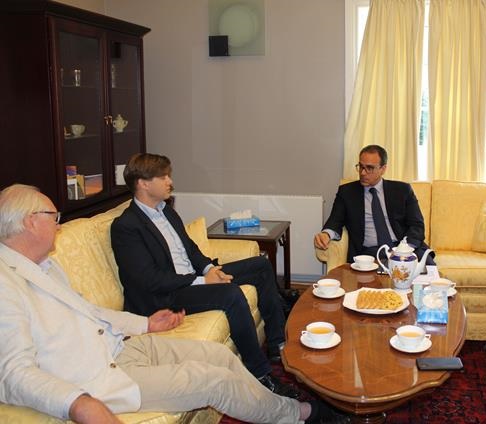 Ambassador Ghafoorzai also stressed that Afghanistan has historically been a crossroad of cultures and hub for the flow of innovative ideas in its wider region, benefiting prosperity for peoples of different countries and region. Today’s Afghanistan was gradually reasserting its historical role to that effect. He noted that reviving and preserving Afghanistan’s rich cultural heritage was being pursued as a priority by the Government of Afghanistan.

During the meeting Mr. Braarvig, highlighted various aspects of the work of the Norwegian Institute of Philology, including the conclusion of the translation of Landey poems into Norwegian. The poems are a compilation of collections by Norwegian linguist George Morgenstierne dating back to over seven decades, along with new Landey from Afghans in Norway.