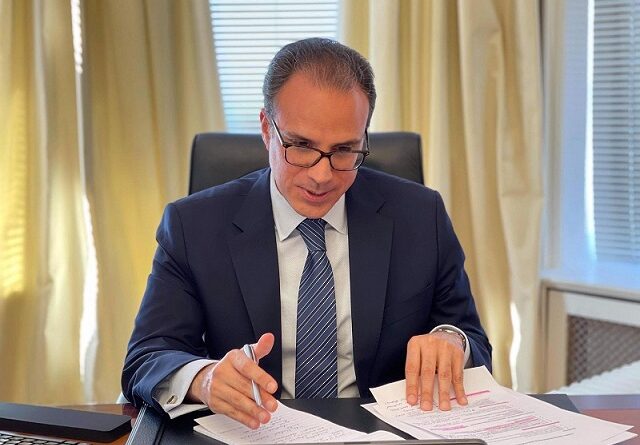 On April 19th, 2021, Ambassador Ghafoorzai had a virtual meeting with Mr. Mattis Raustøl, Director of Afghanistan and South Asia Dept. at the Norwegian Foreign Ministry in which they discussed the recent US and NATO decision for withdrawal from Afghanistan, the Afghan peace process, including the forth-coming Istanbul Conference, and the international community’s role in the process of achieving a peaceful, dignified, independent and democratic Afghanistan.

On the occasion, Ambassador Ghafoorzai hailed the important partnership between Afghanistan and Norway. Norway’s contributions in various sectors, including security for which Norwegian forces courageously served and sacrificed as part of the former NATO-ISAF and current Resolute Support Mission. Norway played a key role in the development of the elite “Crisis Response Unit” or CRU-222 contingent. The service of Norwegian forces in Afghanistan were an important part of the development of professional and capable Afghan national security and defense forces.

The decision for withdrawal of international forces from Afghanistan would mark the start of a new phase of cooperation between Afghanistan, the US and other NATO partners. Mechanisms for collaboration in the security sector would be formulated on the basis of previous agreements with ANDSF assuming full responsibility for security operations.

On the peace process, Ambassador Ghafoorzai noted that the Istanbul Process was another opportunity for the Taliban to demonstrate genuine commitment to peace. The delegation of the Islamic Republic of Afghanistan is ready to take part in the upcoming gathering with a specific proposal for a responsible and practical approach for ending the conflict. To this end, President Ghani’s three-phased roadmap for peace was made public and shared with international partners.

Mr. Raustøl reaffirmed Norway’s strong support to the peace process and underlined the need to work for an outcome that leads to a sustainable and lasting peace. A key priority for Norway is to help ensure inclusivity in the peace process. Moreover, Mr. Raustøl emphasized that Norway will continue to stand with Afghanistan and its people going forward. Mrs. Lisa Golden, Director of Section for Peace and Reconciliation and Mr. Carsten Hveem Carlsen, Policy Director at the Section for South Asia and Afghanistan – also attended the meeting. 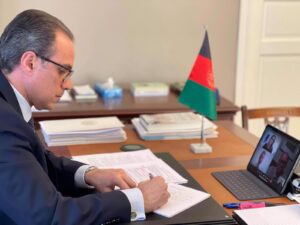