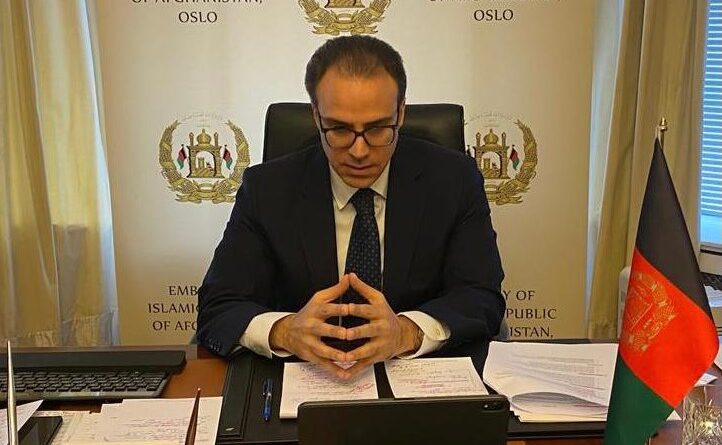 Ambassador Ghafoorzai spoke at the 47th Seminar of the Global Peacebuilding Association in Japan (GPAJ) as a guest speaker on the topic of “The role of the UN in Afghanistan since 2002 and Afghan peace process underway in Doha, Qatar.” He was joined by Ambassador Tadamichi Yamamoto, former UN Special Representative for Afghanistan.  Mr. Keiichi Tanbabe, Associate Professor at Tokai University and Mr. Koji Sakane, Senior Director at JICA.

Ambassador gave a presentation on the work of the United Nations within the United Nations Assistance Mission to Afghanistan (UNAMA) and the way in which it had impacted some of the important positive achievements made in the country in the past two decades. Praising the important work the organization, he said the UN was among the first of the many international partners to mind in the context of support for stability and prosperity in the country. That said, he noted that the UN’s solidarity and support for Afghanistan extends decades prior to 2001.

He referred to the adoption of the initial SC resolutions 1383 (2001) 1386 (2001) & 1401 (2002), which served as the foundation of the UN and international community’s, future engagement in the coming years, especially in the context of security support under the NATO-led ISAF mission and creation of UNAMA to lead the organization’s work in the country.

Over the years, the UN’s work has covered a wide-range of areas, including governance, democracy, the rule of law; human rights, advancing regional cooperation, coordination of international assistance and support for an Afghan-led and owned peace efforts for a lasting peace in the country. This had helped enable the people and Government of Afghanistan to hold four presidential elections and three parliamentary elections, through which the people exercised  their fundamental right to determine their future political destiny. UNAMA was also an important factor of support for the emergence of a vibrant civil society of Afghan women, youth groups and members of the media, which formed the foundation of today’s democratic Afghanistan. Moreover, Afghanistan today had the most free and independent media in the entire region, flourishing with the dedicated work, commitment and work of the younger generation. In the area of peace, the UN has always stood ready to provide whatever support needed, at the request of and coordination with the Government of Afghanistan.

One of the unique dynamics of the UN’s work and success was its ability to shift and adjust to the evolving situation on the ground, on the basis of occasional reviews  of the mandated activities conducted to that end.

Speaking on the peace process, he said that the start of talks which commenced on the 12th of September was the result of many measures taken by the government of Afghanistan in collaboration with the international community in the past several years.  To that end, he highlighted the unconditional offer of peace talks to the Taliban in 2018, the enforcement of a -3 day ceasefire last year and presentation of a Road Map for Peace in the previous year.

In the past decade, as among the UN’s efforts to start peace process, included the decision to split the Taliban Sanctions Committee from that of Al-Qaeda in 2011 and delisting of many Taliban members as a major step and compromise to build confidence for the start of a successful peace process. However, the status quo in terms of security from even then remains unchanged.

Most recently, the process for the release of 5,000 Taliban prisoners concluded in September, which led to the start of direct talks. The delegation of the Government was all inclusive, compromised of all segments of society, including women, the youth and civil society who were representing the views and demands of the people, on the basis of the outcome of the August Consultative Peace Jirgah.

The international community, including the UN, had an important role to play to help ensure the desired outcome in the context of the “end-state” of the process, which should uphold Afghanistan’s territorial integrity and sovereignty, preserve the constitutional democratic order, the Republic; the human rights of all citizens, especially women and minorities.

The post peace phase would be a crucially important phase to sustain and build peace through a comprehensive development agenda, within the framework of the 2nd Afghan National Peace and Development Framework (2021-2024), to be presented and endorsed in Geneva this month.

Ambassador Ghafoorzai also highlighted Afghanistan’s appreciation for Japan’s important contributions for stability and prosperity in Afghanistan, which covered many areas ranging from infrastructure, capacity-building, agriculture and the rule of law. Japan was already host to two very important Conferences on Afghanistan in 2002 and 2014 in Tokyo and one of the largest donors for Afghanistan. He also said that Japan’s solidarity with Afghanistan was also symbolized by the dedicated service and sacrifice of the late Dr. Tetsu Nakamura who gave his life to help improve the lives of Afghans.