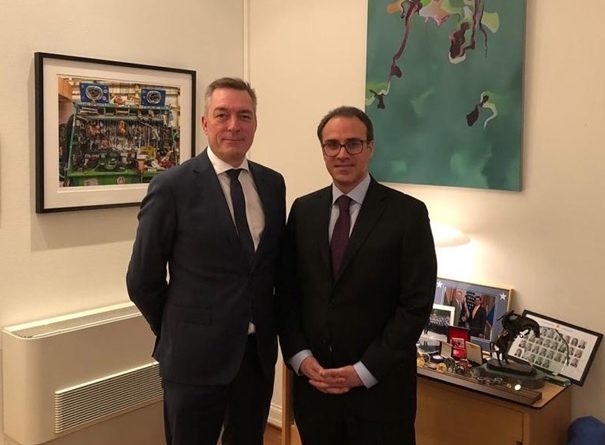 At the meeting, Ambassador Ghafoorzai presented an overview of the security situation in Afghanistan, including the scope and nature of the security challenge, and the continued and important progress of the Afghan national defense and security forces (ANDSF) in combatting terrorist and extremist groups.

In that regard, he highlighted the important operational gains of ANDSF in 2019, which included major setbacks faced by various terrorist and extremist groups in the country, including Daesh, which now had lost its presence in eastern Afghanistan. He underscored the importance of the enduring Afghanistan-Norway partnership as an important part of the many achievements that had taken place in Afghanistan in various areas.

The people and Government of Afghanistan greatly value Norway’s many contributions in various fields for Afghanistan. That included Norway’s financial and military contribution in the areas of security and defense, both within the previous NATO- ISAF and current Resolute Support Mission (RSM). Norway’s continued engagement, support, and collaboration in different sectors remained imperative to help consolidate past gains and achieving the shared goal of peaceful, stable and self-reliant Afghanistan.

Defense Minister Bakke-Jensen welcomed the continued progress of the ANDSF in the fight against terrorism and extremism and reaffirmed that Norway would remain an enduring partner of Afghanistan in the way forward. In that regard, Norwegian support in various fields would continue, in accordance with the bilateral strategic partnership.