The Embassy of Afghanistan in Oslo hosted a discussion with the Afghan diaspora. Ambassador Ghafoorzai briefed members of the community, including the heads of some Afghan associations based in Norway, on the strategic objectives of the Embassy and activities to that effect which took place thus far, since the assumption of his duties in November 2019.

He highlighted the important role of the Afghan diaspora in the overall effort of further strengthening Afghanistan-Norway bilateral relations and collaboration. He alluded to some of the Embassy’s upcoming activities and events, particularly in relation to cultural and economic diplomacy initiatives, in which he invited the diaspora to take part in.

The members of the community congratulated Ambassador Ghafoorzai on his appointment as Ambassador to Norway and non-resident Ambassador to Denmark and Iceland, and expressed their readiness to collaborate closely with the Embassy on various initiatives.

Moreover, at the meeting, various issues regarding consular services to the Afghan community in Norway were discussed and agreed on. 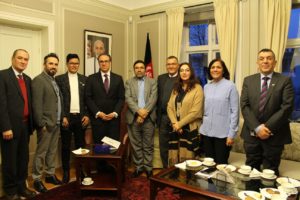 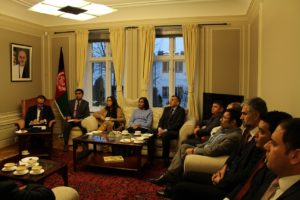 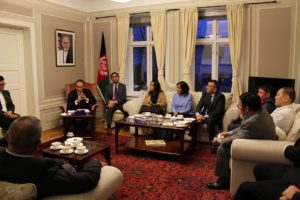