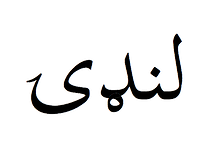 On Friday the seminar will continue the reading of landy poems in Pashto.

Fridays from 10:15 to 12:00 at the University of Oslo, Blindern. Georg Morgenstiernes hus, Undervisningsrom 115. The seminar will take place every Friday until 9 March 2018.

Afghan Women’s Voices as Cultural Heritage and Free Expression (www.landey.org)
A joint project coordinated by the Norwegian Institute of Philology (PHI –www.philology.no)
In collaboration with: Fritt Ord, The Embassy of the Islamic Republic of Afghanistan in Oslo, The Embassy of the United States of America in Oslo, The Norwegian Afghanistan Committee, the foundation Brighter Tomorrow, Norwegian PEN, Nansen Center for Peace and Dialogue, PRIO, The National Library of Norway, University College London.
«Language, Legacy and Landey (LLL): Afghan Women’s Voices as Cultural Heritage and Free Expression» is a newly established project under the Norwegian Institute of Philology’s (PHI) World Heritage Initiative, aimed at promoting an understanding that all people, regardless of cultural background, share ownership of the global linguistic and literary cultural heritage. The maintenance and protection of this cultural heritage is a global imperative for societies and individuals alike. With this initiative, PHI maintains that «Freedom of Cultural Expression» should be recognized as a fundamental right. The Landey project is based on newly discovered material in the National Library of Norway’s Morgenstierne archive. Among the papers left by the famous Norwegian linguist Georg Morgenstierne (1892-1978), is a collection of Afghan folk poetry called landey, a Pashto genre best known for expressing a woman’s perspective in a male-dominated society. The project will make these poems known to a Norwegian audience through translations, public events and active use of the media. Our fundamental goal is to encourage an open and lively public conversation about cultural heritage and freedom of expression.

We consider that access to the cultural world heritage should be recognized as a fundamental right, particularly in this time of massive global migration. In this context, we emphasize an essential aspect of freedom of expression, namely what we call Freedom of Cultural Expression (FCE for short). For genuine freedom of speech to exist, it is essential that freedom from oppression and persecution and the right to speak freely be complemented by the ability to create and propagate cultural expressions – beyond national boundaries and language differences. Afghan landey poetry illustrates this with grace and clarity.

«Landey» is a popular Afghan oral poetic genre, mostly attributed to women, anonymously. The Pashto word landey means ‘a short poem’ as these poems are comprised of two verse lines with 9 and 13 syllables, respectively, reminiscent of the Japanese haiku poem. Landey poems address everyday life as well as geopolitics, and have long been one of the few arenas where Afghan women express their feelings and thoughts relatively freely. One of the most famous figures in landey poetry is the female rebel Malalai, who led Pashtun soldiers against the British in the Battle of Maiwand in 1880. She sang:

Landeys are composed in Pashto, one of the official national languages of Afghanistan, a country where multiple ethnicities speak dozens of languages. Pashto is the native language for approximately 14 million Afghans and the second language to millions more. In a region with so many ethnic, political and sectarian tensions, this genre generates unity and cultural pride. Landey is the heritage of all Afghans. An anecdote from one of the British landey project partners illustrates this aptly: Our partner by chance met an Afghan at a cafe in Washington DC and mentioned the project to him. Although the Afghan was an ethnic Hazara and not a native Pashto speaker, our project partner received not only enthusiastic support for the Landey project from her new Hazara friend, but was also treated to a spontaneous recitation of landey – in Pashto! The poetic form is also prevalent in the western parts of Pakistan, where Pashto is spoken by about 30–40 million people. Landey poems are so ubiquitous, they also appear in the young Nobel Prize winner Malala’s voice – a young woman named for the national hero Malalai. In her memoir “I Am Malala” , each of the five main parts of the book begins with “a traditional Pashto couplet,” i.e. a landey verse. Malala recalls how she used to recite such poems to herself at home while doing housework or while she was sitting with friends and drinking tea. This is one of the landeys from the book:

The Norwegian Institute of Philology’s Landey project At the National Library in spring 2017, Dr. Rachel Lehr (Univ. Of Colorado-Boulder and Norwegian Institute of Philology) examined the archives of the famous Norwegian linguist Georg Morgenstierne (1892-1978) – one of the world’s foremost authorities on Afghanistan’s languages and culture. It turned out that he had also collected hundreds of landey poems from his many journeys to the country. This previously unknown collection has sparked attention and interest among several of the world’s pre-eminent Afghanistan scholars, contacted by the Norwegian Institute of Philology (PHI). The landey poems and other unpublished materials in the Morgenstierne archive form the basis of an extensive academic research project that PHI has undertaken with the Vienna Academy of Sciences, ISMEO in Rome, University College London, and others.
LLL has a two-fold aim of academic research and civic engagement. In the interest of promoting positive Norwegian-Afghan relations we seek to to contribute to an extended conversation about global cultural heritage and cultural freedom, in public places and in various media, between different actors in Norwegian culture and society. This we believe is crucial for an open and successful integration. The LLL project will make the Afghan landey poem known to a Norwegian audience. Through this powerful expression of female voices, we will focus on the immigrant population’s experiences as well as classical linguistic and literary heritage. One of the primary objectives of the Norwegian Institute of Philology is to work toward a wider recognition of the benefits that the global linguistic and literary cultural heritage offer to society. Old Norse and Classical Norwegian literature has great value as Norwegian and Scandinavian heritage – and as world heritage. This is also true of the major cultural traditions of the world: The ancient cultures and literatures of China and India, the great empires of Antiquity in the Meditterranean and the Middle East, the pre Columbian Mesoamerican cultures and the Medieval and Renaissance tradition in Europe. These are all traditions that have roots in a particular area but have since become part of a global human cultural heritage. All people deserve access to the world’s cultural heritage – the legacy that can be linked to an individual’s family history and ethnic background, the legacy of the geographical cultural area in which they feel at home, and their common human heritage. We believe that the diversity of immigrants’ cultural backgrounds and experiences enriches Norwegian society. The cultural heritage of immigrants’ historical and ethnic backgrounds offers value to Norwegian institutions, for researchers and for many aspects of Norwegian culture.
It is natural for Norwegians to show interest in their deep heritage, rooted in the country. However, it is also imperative that Norway and Norwegian institutions embrace the diverse backgrounds of its immigrants as an integral part of the country’s cultural and social life. We support each individual’s freedom to choose their cultural affiliation and the manner in which this affiliation is expressed. The LLL project will translate and publish a collection of landey poems, selected from Morgenstierne’s archive as well as contemporary landey poems from Afghans in Norway today, in Pashto, Norwegian and English. This poetry collection is of interest to researchers, as well as a wider Norwegian audience, showcasing ties between Norway and Afghanistan while providing a model of multicultural engagement.
During the spring of 2018, the project will host several public events, including a gathering at the Litteraturhuset in Oslo, with poetry readings and recitations, discussions and presentations about language and literature in Afghanistan, about the Norwegian immigrant population’s culture and experiences, and on poetry as freedom of speech. We view the LLL project as a decisive step towards making immigrants’ linguistic and literary legacy and experiences more familiar in Norway.