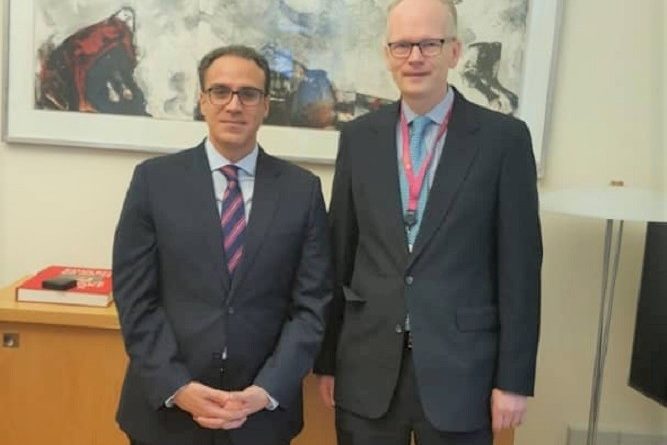 The newly appointed Ambassador Extraordinary and Plenipotentiary of the Islamic Republic of Afghanistan to Oslo, Norway H.E. Youssof Ghafoorzai presented the copies of his credentials to Mr. Johan Vibe Director General and Chief of Protocol at the Royal Ministry of Foreign Affairs of Norway.

Ambassador Ghafourzai was briefed in the details of the official ceremony in which he is set to present his official credentials to His Majesty King Harald V, King of Norway.

The two sides also exchanged views on a wide range of issues related to bilateral relations between Afghanistan and Norway.

Ambassador Ghafoorzai expressed his firm commitment to enhancing the full scope of relations and cooperation between the two countries and highlighted the importance of Norway’s contributions and support for Afghanistan in all fields.