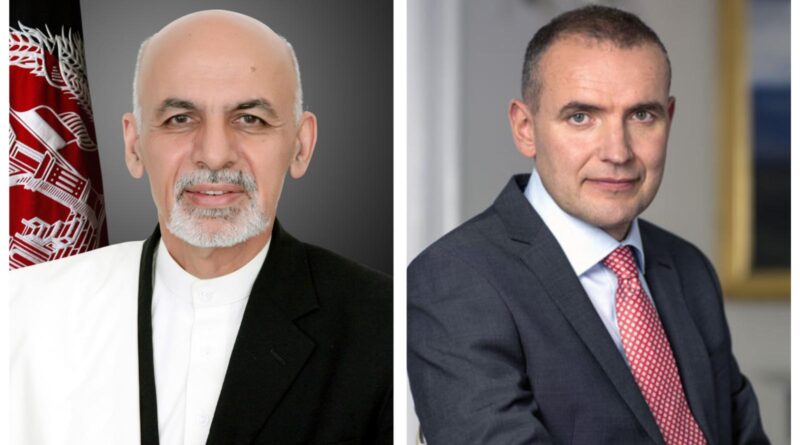 In a letter addressed to Iceland’s President Guðni Th. Jóhannesson, President Ghani extended his cordial greetings and felicitations to the government and the people of Iceland on the occasion of their Independence Day, June 17th.

President Ghani expressed appreciation for the long-standing, friendly relationship and partnership between Iceland and Afghanistan, and pleasure that Afghanistan-Iceland relations and cooperation have further expanded. The President stated that the Government of Afghanistan is looking forward to working closely with the Government of Iceland to avail the opportunities and prospects available in order to further expand and strengthen the existing bilateral relations and partnership in the way forward. President Ghani sent his best wishes for the good health and continued success of President Guðni Jóhannesson and for the welfare and prosperity of the people of Iceland.

As a close partner to Afghanistan, Iceland has made important contributions in the security, development, humanitarian and other fields, which have been an important factor for Afghanistan’s gains in these and other areas. Icelandic civilian personnel have served in various missions, under NATO. Iceland was among the partner countries that reaffirmed its continued partnership with Afghanistan at last year’s international Geneva Conference.