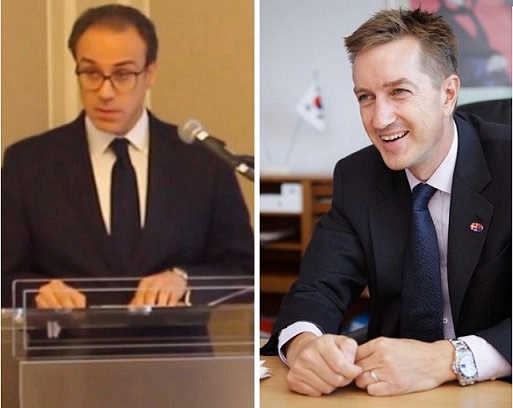 On May 6, Ambassador Youssof Ghafoorzai held a tele-conference call with Thomas Lehmann, Denmark’s Special Representative for Afghanistan and Head of the Dept. of Asia, Latin America and Oceana at the Danish Foreign Ministry.

Also present in the meeting were Mette Thugesen, Head of the Department of Humanitarian Action, Civil Society and Engagement, Nicolai Ruge, Amb. at large for Migration, Department of Stabilization and Fragility and Siva Jamal Aziz, Special Adviser at the Dept. of Asia Latin America and Oceana.

Ambassador Ghafoorzai gave an overview of the nature and scope of the COID-19 threat in Afghanistan, Afghanistan’s national strategy and response plan to the pandemic, and the need for international support in that regard. He also discussed various issues related to Afg-Denmark bilateral relations, including migration, the renewal of the Afg-Denmark bilateral strategic partnership agreement (SPA) and the overall situation in the country, including ongoing efforts to advance peace efforts to the next phase, towards intra-Afghan negotiations.

Special Representative Lehmann reaffirmed Denmark’s continued support for Afghanistan’s stability and prosperity and expressed readiness for increased collaboration for the further development and expansion Afghanistan-Denmark relations and cooperation. In that regard, he said that he looked forward to continued discussions on various issues of cooperation, including during a visit of Amb. Ghafoorzai to Copenhagen in the near future.