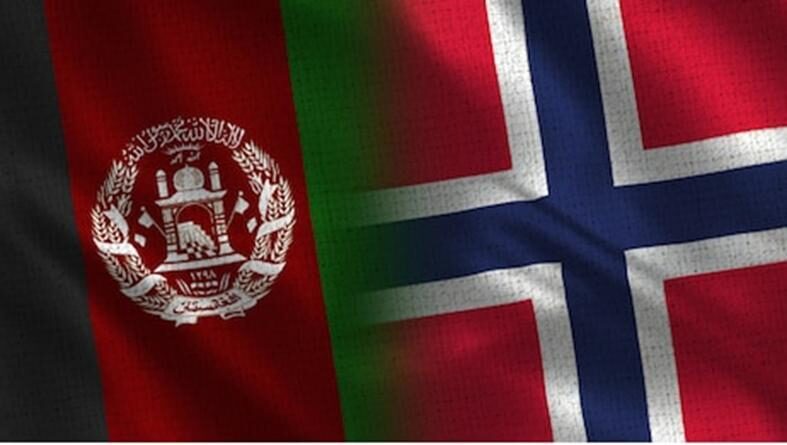 31 December, marks the  58th anniversary of the establishment of bilateral relations between Afghanistan and the Kingdom of Norway. This occasion is a moment to reflect on the historic friendly relations between our two countries, the many achievements made towards our common objectives under our Strategic Partnership and a glimpse into our future cooperation and  partnership.

Historically, Afghanistan and Norway have always maintained cordial relations since establishing bilateral relations close to six decades ago.  These relations have always been pursued on the basis of mutual respect and commitment to important UN Charter principles, including ensuring and advancing fundamental freedoms, democracy, justice and people’s empowerment.

Norway was among the group of nations that joined our people in their historic struggle against terrorism and the effort to build a new democratic Afghanistan in 2001.  Now, as we approach the two-decade mark since the start of a new chapter of cooperation, together we can jointly look back at an ever closer and growing partnership as well as important achievements in various fields and sectors.

Norway’s support in areas such as socio-economic development, defense and security, health and education, migration, peace-building, and the strengthening of civil society groups including women is an important part of Afghanistan’s many profound achievements in the past two decades. These achievements were enabled by the enormous efforts, struggles and sacrifice of the people of Afghanistan, the Afghan security and defense forces and the civilian and military personnel of international partner countries, including Norway. Today’s new Afghanistan is underpinned by these achievements.

We appreciate Norway’s affirmation of continued support as expressed last month at the international Geneva Conference on Afghanistan in the coming years for peace, prosperity and self-reliance in the country, which is embedded in our new National Peace and Development Framework (ANPDF).  For our part, Afghanistan will strive to achieve optimal effectiveness and benefit from our cooperation with all international partners under our development strategy, which was jointly endorsed with our international partners in Geneva.

Beyond the development and governance pillars, we also very much welcome Norway’s decision to retain their level of military personnel under the NATO-led Resolute Support Mission to train, advise and assist Afghan National Defense and Security Forces and the special CRU 222 unit.  These contributions are beneficial for Afghanistan’s security and stability, especially in the light of persistent terrorist threats posed by terrorist and extremist groups, that claim lives of innocent civilians.

Today, various Norwegian NGOs such as the Norwegian Refugee Council, the Norwegian Afghanistan Committee and Norwegian Church Aid, are still active in many parts of the country, providing essential humanitarian services to various segments of society and affected communities, including women, refugees and internally displaced persons.

This year’s anniversary comes at a time when our long-standing efforts to advance an Afghan-led peace process that results in a dignified, durable and lasting peace and end of the four-decades conflict have reached a new phase. As direct peace talks between the Islamic Republic of Afghanistan and the Taliban continue, we are hopeful these efforts lead to a lasting peace within the framework of a democratic and pluralistic Afghanistan, in which the foundational political economic and social gains, including the rights and freedoms of all citizens are preserved and further advanced.

Norway is a country that has extensive experience in the areas of peace-building and reconciliation. In this regard, Norway remains a staunch supporter of our peace efforts, offering to provide whatever support that may be needed.

From a personal standpoint, I have had the great honor and pleasure of working closely during the past year to enhance and expand cooperation between Afghanistan and Norway. My colleagues and I at the Embassy are pleased in being able to lay the foundation for the start of initiatives in various fields. This includes academic cooperation between relevant institutions and platforms, exchanges among civil society and other actors in support of the peace process, cultural cooperation and highlighting the importance of Norway’s continued engagement in Afghanistan. As we approach the start of the New Year, we look forward to fostering new initiatives in various fields, including in infrastructure, energy and other development sectors.

On this occasion, we would like to again congratulate Norway on assuming membership in the United Nations Security Council (UNSC), which is testament of international recognition of Norway’s ability to make an important contribution to the advancement of international peace and security.  Norway, together with Estonia, is also set to take on the penholdership role on issues concerning Afghanistan in the Security Council.  We look forward to working closely with our Norwegian friends and partners to further enhance UN Security Council support for lasting peace, stability and prosperity in Afghanistan.

We would like to once again thank our friends and partners in Norway for their relentless support and renewed commitment to a prosperous and self-reliant Afghanistan. Our partnership and cooperation are based on a shared goal of advancing the peace, stability, governance and human rights in Afghanistan and beyond.  In the bilateral context, we are in the process of renewing our Strategic Partnership Agreement (SPA) which will refine the scope and nature of our cooperation, based on the evolving situation and new development objectives, as we prepare for the post-peace era.

We are entering the next years with renewed confidence and continue to work closely with all of our international partners to achieve peace and prosperity for Afghanistan.

Ambassador of Afghanistan to Norway