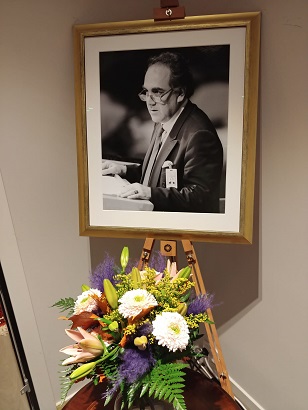 Commemorative Event Held on the 25th Anniversary of Death of  A.R. Ghafoorzai, Former PM of Afghanistan

On the 25th of August 2002, the Embassy of Afghanistan in Oslo held a commemorative event to mark the 25th anniversary of former Prime Minister of Afghanistan, Abdul Rahim Ghafoorzai, who died in a plane crash in August 1997.

The event was attended by Ambassadors and other members of the diplomatic community in Oslo, officials from the host-country, representatives of non-governmental institutions and organizations, and the Afghan diaspora community in Norway.

The  opening segment featured remarks by Ambassador Youssof Ghafoorzai, H.E.  Kjell Bondevik, former Prime Minister of Norway, and a video clip on the life and legacy of Abdul Rahim Ghafoorzai in pursuit of peace in Afghanistan.

The second segment the event included remarks by Mrs. Fatima Gailani and Mrs. Habiba Sarabi, political figures and members of the Afghan negotiating team in Doha, as well as Mr. Mahmoud Saikal, former Ambassador Permanent Representative of Afghanistan to the United Nations  and Canberra, Australia.

In his opening remarks, Ambassador Ghafoorzai referred to A.R. Ghafoorzai as a “diplomat, statesmen, artist and humanist.”  He recalled that he was a leader of vision, competence and compassion, who led a life and career of deep commitment to his country and people and “who never hesitated to defend Afghanistan’s interests in the most difficult of times, with courage and determination.”

“Strengthening national trust and unity for a unified Afghanistan was a central element in Abdul Rahim Ghafoorzai’s agenda, because he knew that – in times of crisis – national unity was the source of national strength that always enabled the country to overcome and prevail.”

Key aspects of Prime Minister Ghafoorzai’s national agenda for peace and stability in Afghanistan, such as the formation of an “inclusive transitional government, holding of Loya Jirga, drafting of a constitution, formation of state institutions and the holding of elections for people to decide their political destiny,” were highlighted.

“Today, as Afghanistan faces another critical point in its modern history, the vision of A.R. Ghafoorzai and that of other patriotic Afghans who committed their lives to Afghanistan – are still relevant.”

Despite the current situation facing the people of Afghanistan, they have not given up hope and are confident in overcoming this latest challenge. “Afghans from all walks of life are actively defending national values that have long been part of their country’s long, proud and rich history.” Afghan women are at the center of this historic struggle.

Former Prime Minister Kjell Bondevik spoke about developments in Afghanistan over the past forty years, which have seen trials and tribulations, progress and new challenges, in light of the current situation.  He alluded to the difficult situation faced by the people of Afghanistan and the lack of progress on the expressed commitments made by the Taliban since assuming control.

Nevertheless, the people of Afghanistan remained resilient and were active in defense of their rights and aspirations. He also underscored the importance of ensuring that the desire of the people for a  democratic Afghanistan is upheld, an imperative which the late A.R. Ghafoorzai was deeply committed to.

Mrs. Fatima Gailani spoke about her close collaboration with former PM Ghafoorzai dating back to the early 1980’s, during era of Afghanistan’s occupation, and up until his death in the plane crash which took his life.  Hailing him as “a patriotic Afghan and a true son of the soil,” she stated that they both shared the vision of, and worked towards the goal of peaceful and democratic Afghanistan, and to seeing that the decades long conflict in the country was resolved through a peaceful political settlement.

On the current situation, she highlighted the need for unity and a national understanding as the best  way forward for stability in Afghanistan.

Ambassador Mahmoud Saikal spoke about A.R. Ghafoorzai service during some of the most difficult periods in Afghanistan’s modern history.

“We knew him as an energetic, multi-talented, pragmatic and shrewd diplomat, who worked on both ends of diplomacy – the domestic politics and the world stage of multilateralism. At home, he was pushing for national unity and better coordination of efforts and trust building among the politicians, and on the world stage, he was developing common interests and pushing for cooperation and coordination with international partners to bring peace and normalcy to Afghanistan.”

Speaking on the current situation, he stated that in order for diplomacy to gain traction for any prospect of a political settlement, specific measures were needed at different levels. “It is quite obvious that we have the daunting tasks of working at all levels: national, regional, international, bilateral, trilateral and multilateral.”  Improved coordination and cooperation among political, civil, women in particular, and other elements were needed to influence real and genuine engagement by the Taliban in political process/peace talks. An enhanced UN role was among several issues considered to be essential at the international level by Amb. Saikal.

Mrs. Habiba Sarabi alluded to A.R. Ghafoorzai’s political agenda as important for helping end the conflict in Afghanistan twenty-give years ago. Tragically, fait altered the path of progress and optimism that had then emerged. Speaking about the current situation, she gave an overview of events leading up to the Taliban’s takeover and gaps which existed in order to prevent the situation from transpiring as it did.  She too expressed concern over the current situation and highlighted the need for a reinvigorated international role to create a conducive environment for the resumption of a political process/peace talks, which were left incomplete in the Doha process. 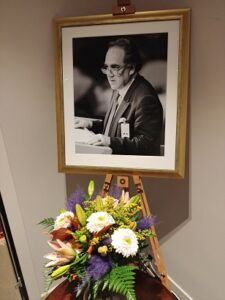 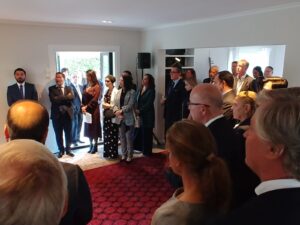 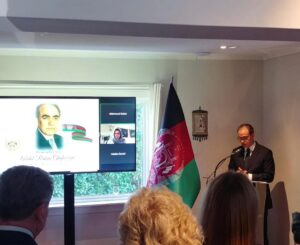 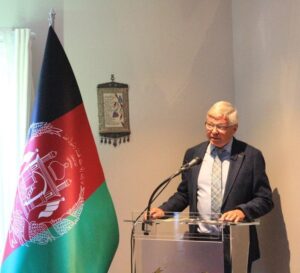 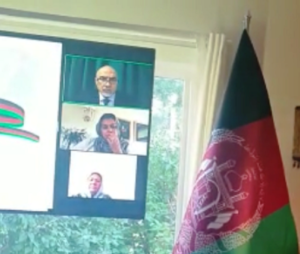 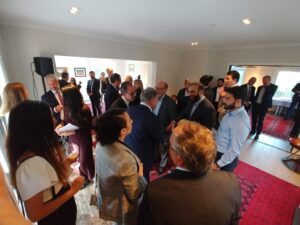