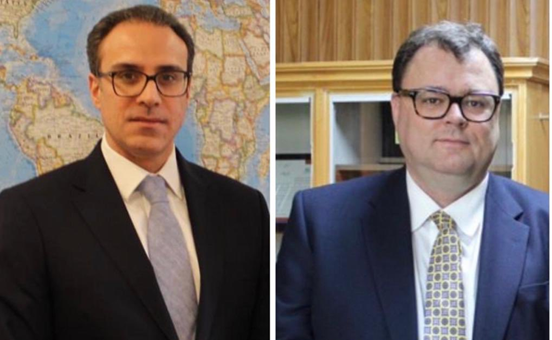 On July 12th, Ambassador Ghafoorzai met with Norwegian Special Representative for Afghanistan, Per Albert Ilsaas. The two sides discussed the security situation in the country, escalation of violence and terrorist attacks in particular, the exacerbated human rights situation as a result of the increased violence, and the urgent humanitarian needs of the people.

The Ambassador welcomed Norway’s continued commitments to Afghanistan as pledged at the recent NATO Summit meeting, including Norway’s decision to continue the operation of the field hospital at Kabul International Airport and readiness to continue financial and training support to the Afghan National Defense Security Forces among other areas of cooperation in the areas of development, governance, rule of law, economic cooperation and women’s empowerment.