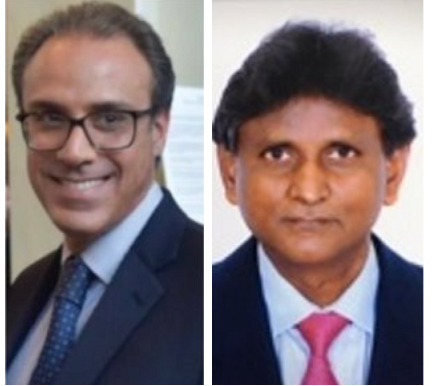 On June 15th, Ambassador Ghafoorzai met with Indian Ambassador to Norway, Dr. Bala Bhaskar. The two sides discussed recent developments in Afghanistan, including the security situation, escalation of violence and terrorist attacks by the Taliban, humanitarian situation, regional and international efforts for peace in Afghanistan as well as Afghanistan-India bilateral cooperation and joint collaboration between the Afghan and Indian Embassies in Oslo.

Ambassador Ghafoorzai hailed India’s many important contributions in Afghanistan in various sectors, which is highly appreciated by the people of Afghanistan. He also highlighted India’s important role, as part of the broader regional efforts, to help strengthen regional consensus on peace in Afghanistan and, in that regard, to help bring about conditions for steady progress in that endeavor to achieve the end-state of a lasting and dignified peace, supported and embraced by the people of Afghanistan. He also highlighted the important role of the United Nations, especially the Security Council, of which India is now a current member for a two-year period.

Ambassador Bhaskar shared his concern over the security situation and reaffirmed India’s long-standing support for peace, stability and prosperity in Afghanistan.

The relationship between Afghanistan and India is firmly based on historical and cultural ties shared between the people and governments of both countries, Afghanistan-India bilateral cooperation includes the areas of security, governance, capacity building, development and education.

Both sides also agreed to hold joint initiatives between the two missions in Oslo in the area of cultural cooperation.