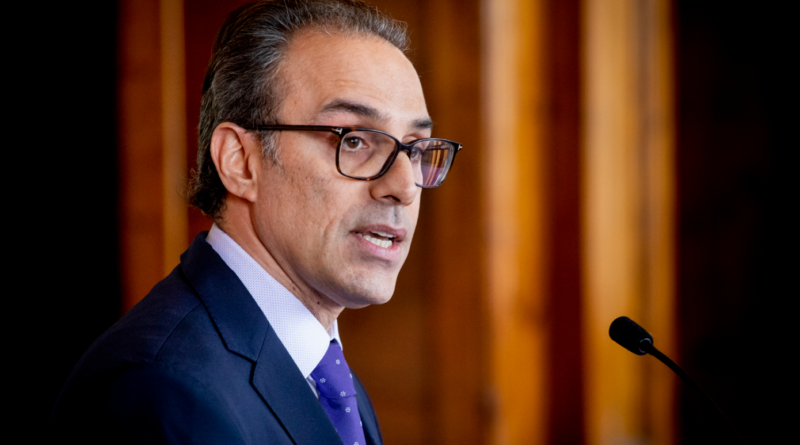 At the invitation of the University of Life Sciences and Agriculture, NMBU, Ambassador Ghafoorzai took part in a speaking event on the occasion of International Women’s Day. The topic of this year’s segment was “Women’s Rights in Afghanistan,” in light of the current situation.

In his remarks, Ambassador Ghafoorzai spoke about the current situation in Afghanistan, post August 15, the difficult situation confronting the people of Afghanistan, especially Afghan and women and girls, who have been among the segments of society that has been affected most from the tragic situation that has come about following the Taliban’s forced  takeover in August.

He stated that “International Women’s Day was an opportunity to shed light on the situation of Afghan women with the hope that the occasion would bring further attention, support and solidarity to Afghan women and girls. He also referred to the occasion as a “tribute to strength, courage and resilience of millions of women in Afghanistan,” who have “stood front and center in the people’s ongoing struggle and demand to have their dignity, justice, rights, including their right to self-determination upheld.”

From a historical perspective, Afghan women have been the main victims of the decades-long conflict, with Afghan women having “lost their, husbands, sons and daughters,” and in many cases, heading single-family household on their own.”

He stated the following the onset of a promising era in 2001, Afghan women once again demonstrated their historic role and ability to impact different aspects of political, social and economic life and contribute to the development of a democratic Afghanistan, as politicians, parliamentarians, civil society, journalists and other important roles.

He referred to the advancement of women as “one of the best examples of the way Afghanistan had transformed into a democratic society,” prior to the Taliban’s forced takeover.

Afghanistan’s democratization was a milestone achieved through joint sacrifices, including the “loss of precious lives of mothers, fathers, sons and daughters” of the international community,” for the goal of ensuring that “millions of Afghans were able to exercise their civic and democratic rights.”

The people of Afghanistan now find themselves in a much different situation, with the country facing “one of the most tragic situations in its modern history. A devastating humanitarian situation, political uncertainty, violation of human rights, including reprisal killings, intimidation and detention of women activists and restrictions on their right to work, education, assemble and to express their views had become a tragic norm in the country.

He added that that throughout history, the people of Afghanistan, had “embraced the values of democracy and pluralism throughout history” with Afghan women always “having an important role in politics, the media, economy, the arts, and also in innovation and advancement of science and technology.”

The past years has seen a similar degree of progress, if not more.

“Take for example, Mrs. Shakar-Doht Jafar, an Afghan women physicist who was awarded the prestigious prize for an invention for radiotherapy treatment of cancer,” and who had plans on returning to Afghanistan and opening the first radio-therapy department to help ailing patients.”

“In 2017, the first ever All Girls Robotic Team” was formed. The talented group of Afghan teenage girls took part in competitions worldwide and won several awards. As such, they brought home pride and honor to the entire Afghan nation.”

“In previous negotiations with the Taliban in Doha and recent meetings, Afghan women spoke clearly and courageously. They defended Afghanistan’s national interests to reach a peaceful settlement that was practical, that considered the realities of a new Afghanistan, and which would be acceptable to the absolute majority of the people and the international community.”

Despite the difficult situation that has come about, “Afghan women and all other Afghans – for that matter – are still committed and have not given up hope on their hopes and aspirations.”  This courage and “strength is seen in images of women activists demanding their God-given rights at gun-point to live as equal and active members of society – just as other peoples around the world, including in Islamic countries.”

The courage and commitment now seen by Afghan women is synonymous with the courage which they have shown throughout history, in situations when Afghanistan was confronted with some of the most difficult challenges and its territorial integrity was at risk.   “In the context of today’s situation, history will soon point to their courage as the beginning of another national effort that leads to the restoration of Afghanistan’s standing as a stable and democratic society.”

The Taliban still have an opportunity to act in the interests of the people of Afghanistan and meet the demands and expectations of the people in relation to full respect for the rights of all Afghans, especially women, and accepting a political agreement with political groups and forces that leads to transitional inclusive government and holding of elections for people to decide their future destiny. Should they decide not to, they would be accountable by the people and risk having any relevance whatsoever in the future of Afghanistan.

In conclusion, Ambassador Ghafoorzai urged students at the University – NMBU to keep Afghanistan in mind and to engaged in activities and initiatives that would help further strengthen the close and historic people to people ties between Afghanistan and Norway. 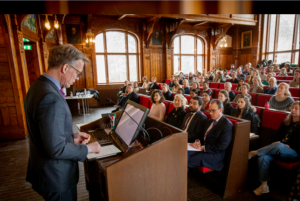