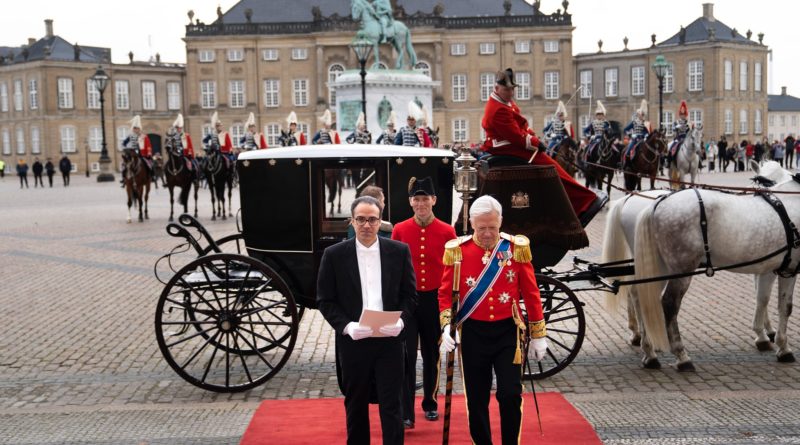 On February 17 Ambassador Youssof Ghafoorzai visited Copenhagen, Denmark to present his credentials to Her Majesty Queen Margrethe II of the of Denmark as non-resident Ambassador. Ambassador Ghafoorzai was afforded full ceremony for the presentation of the letters of credence to Her Majesty.

Meeting with the Chief of Protocol

In the morning, Ambassador Ghafoorzai met with the Chief of Protocol at the Danish Foreign Ministry, Mr. Michael Zilmer-Johns in which a briefing was provided on the protocol guidelines and procedures for the credentials ceremony at Amalienborg Castle.

Presentation of Credentials to Her Majesty

At Amalienborg Castle, Ambassador Ghafoorzai presented his credentials to Her Majesty Queen Margrethe II. He then had a  conversation with Her Majesty in which he conveyed the greetings of His Excellency President Mohammad Ashraf Ghani, provided an overview of the overall situation in Afghanistan, including the consolidation of democracy in the country; the recently held presidential elections; on-going efforts for a just, lasting dignified peace, which not only preserves but consolidates the democratic gains of the past nineteen years, particularly in relation to pluralism and the advancement of women’s rights.

He also highlighted the way in which Denmark’s engagement in Afghanistan had positively impacted profound progress and change in various sectors and in overall society.

He also asserted that Denmark’s continued engagement and partnership with Afghanistan remained a strategic investment for security and stability in Afghanistan and beyond, as well as for achieving other common objectives, within the framework of the Afghanistan-Denmark Strategic Partnership Agreement (SPA).

Her Majesty Queen Margrethe recalled her pleasant visit to Afghanistan in 2011 to meet the contingent of Danish forces serving in Helmand province. She expressed her sentiments of solidarity with the people of Afghanistan and expressed the hope for peace and prosperity in the country. 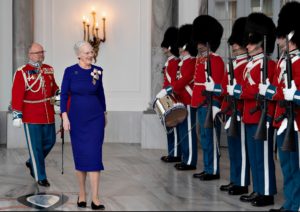 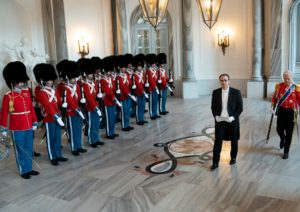 In his meeting with Under-Secretary for Foreign Policy, Lisbet Zilmer-Johns, the two sides discussed a range of issues related to the current situation, including Afghan-led peace efforts, presidential elections held in September, Denmark’s development assistance for Afghanistan and continued efforts in the areas of governance and the rule of law.

Under-Secretary Zilmer-Johns reaffirmed Denmark’s support for an Afghan-led and Afghan owned peace process as well as continued development assistance for Afghanistan’s stabilization and development over the coming years.

Ambassador Ghafoorzai pointed out that improving governance and the rule of law was an imperative which the Government of Afghanistan was pursuing as a matter of priority, in accordance with commitments under the Tokyo Mutual Accountability Framework (TMAF).

On the security situation, he highlighted the continued success of Afghan national defense and security forces (ANDSF) in combatting terrorism and extremism. ANDSF were conducting their duties for the defense of Afghanistan’s territorial integrity with great efficiency and professionalism and in a spirit of national unity.

Denmark’s operational and financial support to ANDSF by way of the presence of Danish forces in the NATO- led RSM Mission to train, advise and assist Afghan security forces and its annual financial contributions to the Afghan National Army Trust Fund (ANA TF), and Law and Order Trust Fund for Afghanistan (LOTFA) was greatly valued and appreciated by Afghanistan. 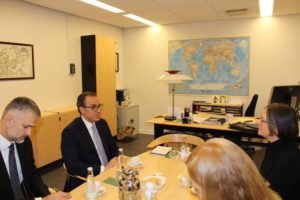 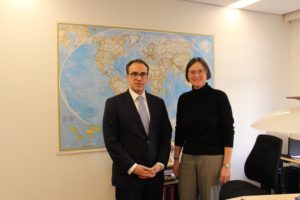 Meeting with the Afghan Diaspora in Denmark

Later in the evening, Ambassador Ghafoorzai met with a group of the Afghan diaspora based in Copenhagen and other parts of Denmark.  The group included members of the media, academia, representatives of various Afghan associations active in Denmark among others.

Ambassador Ghafoorzai emphasized the important role of the Afghan diaspora, particularly in relation to the Embassy’s economic and cultural diplomacy initiatives. To that end, he briefed the group on initiatives aimed at attracting a market for Afghan goods and products in Denmark, Norway and Iceland as well as showcasing Afghanistan’s rich cultural heritage.

More broadly, he pointed out the input, views and recommendations of the Afghan diaspora was very much welcomed in regards to various national issues, including in the area of peace. The role of the Afghan diaspora could also prove beneficial in helping to amplify the imperative of a outcome to peace efforts that preserves and consolidates past democratic gains, which constitute the essence of the new Afghanistan that has emerged.

The discussion also focused on ways to further enhance consular services for the Afghan community based in Denmark, including through periodic visits of the Consular team at the Embassy in Oslo to Copenhagen. 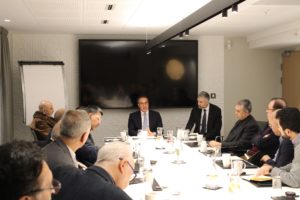 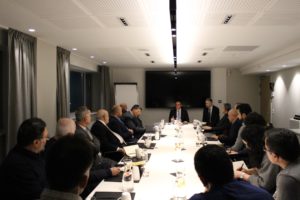