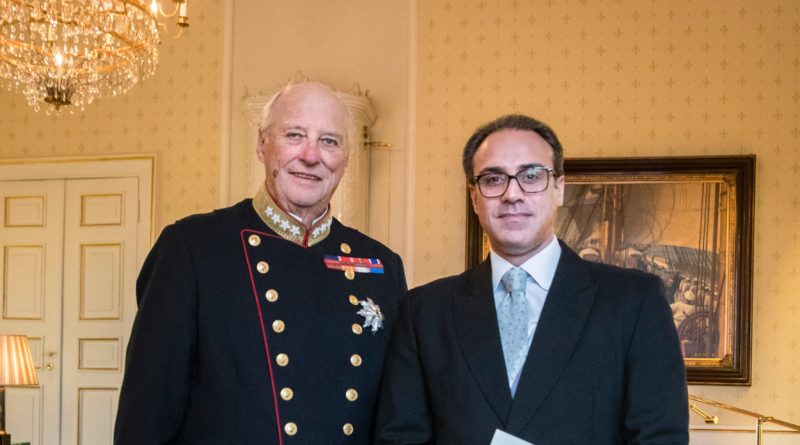 On Thursday November 28th Ambassador Youssof Ghafoorzai presented his credentials to His Majesty King Harald V at a ceremony held in the Royal Palace of Oslo, Norway.

After presenting his official letter of credence, signed by President of the Islamic Republic of Afghanistan, Mohammad Ashraf Ghani, to His Majesty King Harald V, Ambassador Ghafoorzai conveyed the personal greetings of the President to His Majesty the King, engaged in a discussion about the current situation in Afghanistan and Norway’s important role in the country, and affirmed the longstanding friendly and cooperative relationship between the two countries.

Subsequently, Ambassador Ghafoorzai attended an official reception hosted by the Ministry of Foreign Affairs of Norway which was attended by several senior officials of the Foreign Ministry and the Dean of the Diplomatic Corps.