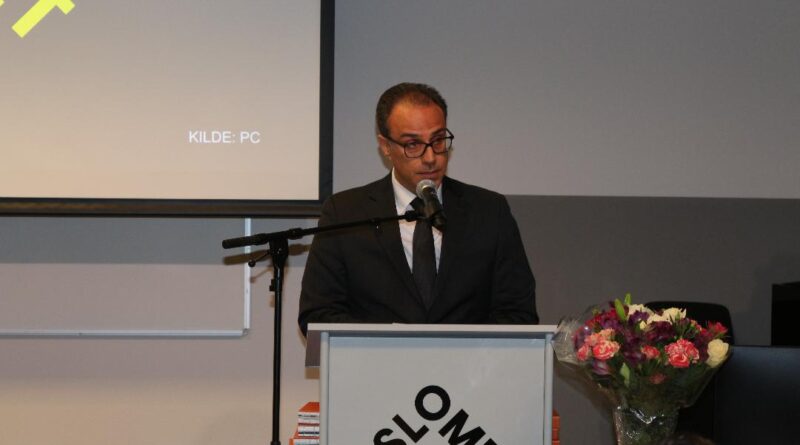 On August 25th, the opening of the exhibition “Where there is war, there is life: the Afghanistan we need to Save,” was held at Olso Metroplitan University, presenting 46 photos from 27 Afghan photographers that illustrated examples of life in Afghanistan over the past twenty years.

The exhibition was the result of a joint effort of OsloMet University, the Afghanistan Photographers Association (APA) and the Embassy of Afghanistan in Oslo.

The opening of the exhibit heard remarks by Prof. Elisabeth Eide, Prof. of Journalism Studies at OsloMet, who was one of the main organizers of the event;  State Secretary at the Norwegian Foreign Ministry, Jens Frølich Holte, Ambassador Youssof Ghafoorzai, Mrs. Nina Waalar, Rector of OsloMet University and Director of the Free Expression Foundation, Mr. Knut Olav Amas.  The event was also attended by Ambassadors and other representatives based in Olso, activists, including members of the Afghan diaspora and other friends of Afghanistan.

In his opening remarks, H.E. Ambassador Ghafoorzai mentioned that the exhibition, which was initially planned months back was being held in a situation different from what was initially expected. He stated “today’s exhibition highlights several important issues, which have significance beyond just the important work, courage, talent of Afghan photographers.” The exhibition also “helps convey a very important message to the outside world at an extremely critical time in Afghanistan.”

The exhibition also helped convey a strong political message of “what’s now at stake with respect to having to ensure that the historic gains of the past must not be allowed to be jeopardized in efforts to stabilize the political situation through a comprehensive political agreement that has the support of the absolute majority and which should lead to the formation of a broad-based, inclusive and fully representative government, comprised of all ethnic groups and segments of society.”

He also stated that the photos also “symbolized the important gains of the past – the emergence of a new generation of youth as journalists, innovators, activists, civil servants, artists and athletes, representing a fundamentally transformed society.”

Moreover, Ambassador Ghafoorzai stressed that “upholding human rights, fundamental freedoms and enabling the people to determine their political destiny and to have equal opportunities, especially women, are now among the main demands of the people”, and that in this respect, the important role of Afghanistan’s many international partners in helping reach the desired outcome cannot be overstated.

Professor Elisabeth Eide at OsloMet hailed the close collaboration between OsloMet University, APA and Afghan Embassy in Oslo in making the event possible and stressed that the exhibition was a powerful message signaling what was now at stake if “a peace  peace-based and rights-based solution is not found.”

She added that “far too often the images from Afghanistan have been of war and violence, the women suffering, and of foreign troops and helpers. Afghanistan is a proud nation with a strong history of independence.”  Referring to the Afghanistan’s dynamic civil society, she stated that civil society activists have worked to safeguard the constitution and the rights to different vulnerable groups and that many Afghan women have been in the forefront of this effort.

State Secretary Jens Frølich Holte expressed gratitude to the APA for collecting and presenting this collection of photographs. “These powerful images of daily life in Afghanistan reminds us of what we have been working for and what we must keep working for.”

State Secretary Holte added that the exhibition was also testament of the “vibrant journalistic and photojournalistic activity that has been taking place in Afghanistan over the past 20 years. This important work, including by many female journalist and photojournalist, has contributed to a more open and democratic society, and has provided important information on the life of ordinary Afghans”. Moreover, he highlighted Norway’s efforts in the UN Security Council in working for “the restoration of security and civil order and for urgent talks to ensure a peaceful settlement to the current crisis.”

Mrs. Nina Waaler, Rector of Oslo Metropolitan University thanked all participants for attending the event and highlighted the signing of the MoU between the University with Kabul University earlier in the year.  She also expressed concern about the security of academics and researchers in Universities in Afghanistan, as well as about the future of students and scholars in the country.

The exhibition was also set to take place at Darul Aman Palace in Kabul, but was canceled due to the current situation.

The photos on display were chosen by a jury of professional photographers from Afghanistan, Norway, and other countries. The exhibition “Where there is war, there is life” will also be in display at the Nobel Peace Center in Oslo and the United Nations Headquarters in New York in the fall. 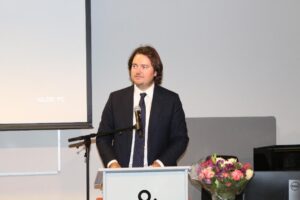 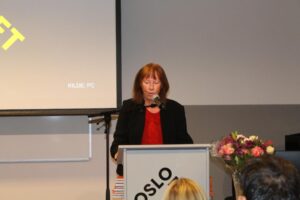 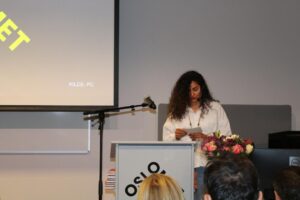 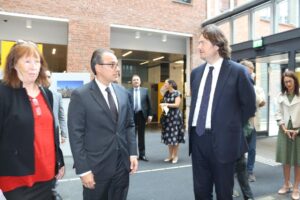 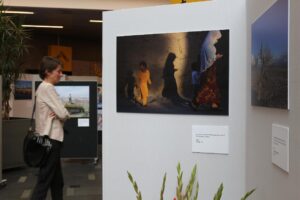