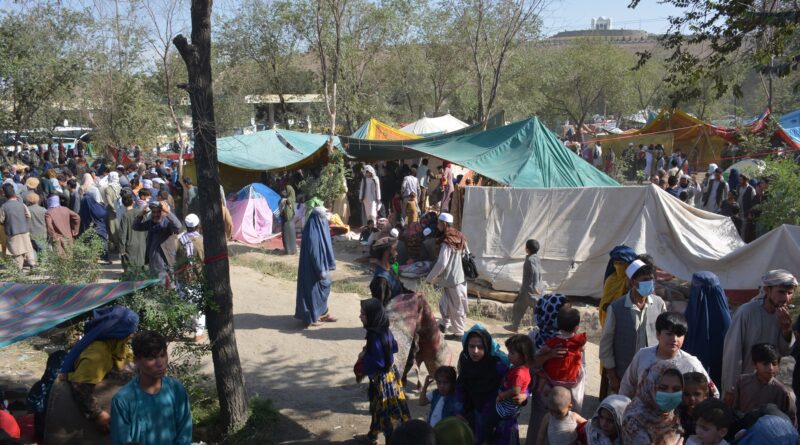 Recent developments in Afghanistan have created greater anxiety and uncertainty for the Afghan people, who have been the prime victims of the conflict.

Meeting the humanitarian needs of the people is an urgent priority. Eighteen million Afghans are in acute need of emergency assistance. The number of IDPs is now reaching close to five million, a figure exacerbated by the rise in violence over the past several weeks. One third of the Afghan population is in need of life-saving assistance. Images from Kabul International Airport this week have led to shock and grief among all but also people around the world, and reflect the difficult situation facing the Afghan population.

A joint and united international response is needed to meet the humanitarian needs and ensure the protection of Afghan men, women and children. Global concern about recent developments, including the humanitarian situation, has reached new levels, which was also highlighted in this week’s UN Security Council emergency meeting on the situation in Afghanistan. However, the UN humanitarian appeal for $850 million to meet basic needs, such as food, shelter and water, is less than half-funded. More pledges of assistance by governmental and non-governmental partners as well as improved mechanisms for delivery is an urgent need.

We are grateful for the solidarity and friendship of our Norwegian friends and partners who have always stood beside Afghanistan during the most difficult of periods, extending back to the 1980’s. In the past two decades, Norway’s contributions covered various areas, including development, healthcare, education, democratization and women’s empowerment. At this difficult point in time, various partners inside and outside the Norwegian government have displayed their generosity and support for Afghanistan, including the Norwegian Refugee Council (NRC) and other non-governmental organizations. We are working closely with our Norwegian friends and partners on this and other urgent issues.

In any conflict setting, improving the humanitarian plight of the people is best achieved by ending the conflict. At the moment, overcoming the difficult situation that has come about in light of recent developments and reaching certainty in ensuring a safe, secure and prosperous future for all Afghans is a moral imperative for the global community. It is also what the people of Afghanistan expect. A peaceful, united and democratic future for all Afghans, in which the national values are embedded, can only be reached through a comprehensive political agreement, leading to the formation of a broad based and fully representative government acceptable to all sides, and most importantly, the people of Afghanistan.