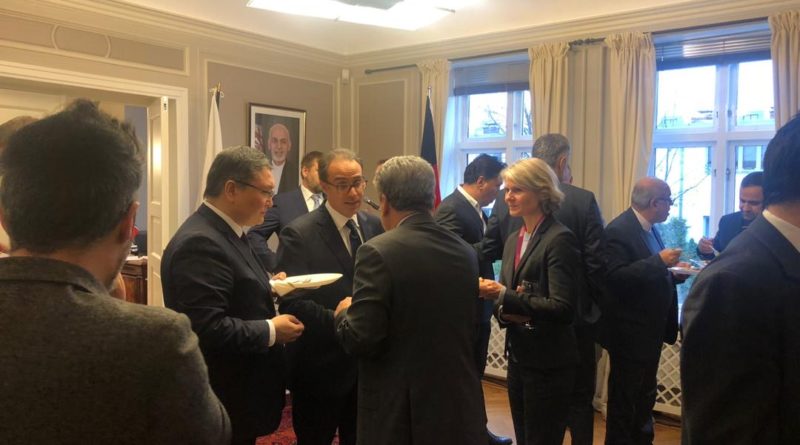 The Embassy of Afghanistan in Olso, Norway today held an event, commemorating the life, work and legacy of the late Dr. Tetsu Nakamura, who was tragically assassinated in Afghanistan on the 4th of December 2019  in Nangarhar province.

The event heard remarks from the Ambassador of Afghanistan to Norway,  Youssof Ghafoorzai; the Japanese Ambassador to Norway, H.E. Masahiro Tauchi; Deputy Secretary General at the Norwegian Foreign Ministry, Mr. Torgeir Larsen; and Mr. Jean Egeland, Secretary General of the Norwegian Refugee Council on dedicated work and legacy of Dr. Nakamura. Other participants included several Ambassadors and other representatives of the diplomatic community, and members of the Afghan community based in Olso.

The event also featured a video clip  on Dr. Nakamura’s work in Afghanistan, highlighted various important projects in which he was engaged during the nearly three-decades of his work in the country.

The meeting opened with remarks by Ambassador Ghafoorzai, who hailed Dr. Nakamura as an individual who “embodied the very meaning and essence of humanitarianism” and someone who committed his life to improving the life of others and rendering a noble service and contribution for the benefit of all of humanity.”

Dr. Nakamura began and implemented important projects in the areas of water management, irrigation and agriculture. He used traditional Japanese techniques and worked with the local population to build a network of canals, which helped transform an area of nearly a million residents, said Ambassador Ghafoorzai. He added that Dr. Nakamura was deeply loved by those who knew him. He shared a unique bond with the local population whose respect for and admiration of him had them calling him “Uncle Murad.” “News of Dr. Nakamura’s death led to shock, grief and sadness among all Afghans, throughout the country.”

Afghanistan is deeply grateful for his decades-long service in various spheres, which had a tangible impact on the lives of ordinary Afghans. He said that “Afghanistan’s appreciation for his service and sacrifice was symbolized by the outpouring of national grief and solidarity with people and Government of Japan and the family of Dr. Nakamura. “In the days and nights following Dr. Nakamura’s assassination, “candlelight vigils were held across Afghanistan in his memory by all strata of society, including women and youth groups, civil society and students.

He added that “Dr. Nakamura’s services were recognized at the highest levels of the Government of Afghanistan. In October of this year. H.E. President Ghani granted him with honorary Afghan citizenship, declaring him as one of Afghanistan’s own.”

“Dr. Nakamura’s work achievements and sacrifice will forever remain in the hearts and minds of all Afghans – for many generations to come. One of the best ways to honor his life was to continue his work, vision and the objectives he set out to achieve.”  Ambassador Ghafoorzai stated that Dr. Nakamura’s tragic death reaffirmed “terrorism remains a threat to all of humanity – targeting all peoples, of diverse nationalities, religions and cultures. Defeating terrorism requires increased collaboration, based on more tangible and decisive action at all levels.” He condemned the attack in the strongest manner possible and reaffirmed the deep condolences and sympathies of the people and Government of Afghanistan with the Japanese people and Government and the esteemed family of late Dr. Nakamura.

Ambassador Masahiro Tauchi of Japan thanked Ambassador Ghafoorzai for the initiative and the Norwegian and other colleagues for coming together at the Afghan Embassy in Oslo to pay tribute to the memory of late Dr. Nakamura.

“Dr. Nakamura devoted much of his life to delivering medical care to the people of Afghanistan, building an irrigational canal supplying water to their lives and developing agricultural areas for the Afghan people. Hundreds of thousands of people benefited from his efforts to draw water and lead water to the drought areas,” he said.

He as well asserted that Dr. Nakamura will be remembered for his great contribution to Afghan society, while stating that “his contribution to improving the lives of ordinary Afghan people is highly appreciated and admired in both Japan and Afghanistan.”

Mr. Torgei Larsen, Deputy Secretary General of the Norwegian Foreign Ministry said Dr. Nakamura’s humanitarian work was based on a wide approach. “But most of all he will be remembered for his work on irrigation and water supply. Himself a doctor, he still said that “One irrigation canal will do more good than 100 doctors.”  He referred to Dr. Nakamura’s assassination as something almost impossible to fathom, given that he was someone who dedicated his life to improve the lives of his fellow humans.

He said: “Unfortunately, Dr. Nakamura’s fate is not unique. All over the world, aid workers run the risk of losing their lives.  He expressed hope that Dr. Nakamura’s important work will be continued for the benefit of the people of Afghanistan, and that humanitarian workers throughout the world can carry out their vital work in safety and out of harm’s way.

“Norway will remain a strong and reliable partner to Afghanistan in the image of Dr. Nakamura.” 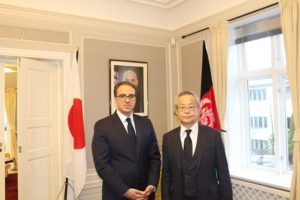 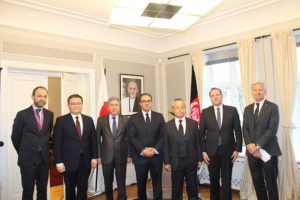 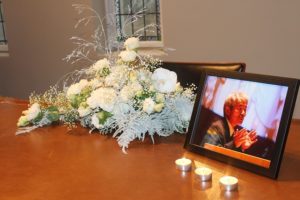 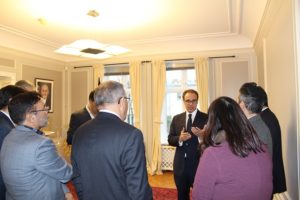