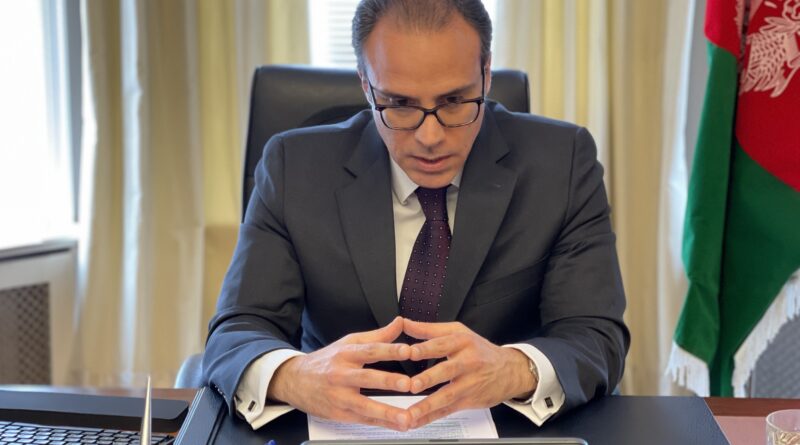 Oslo – On March 17th 2021, Ambassador Ghafoorzai met virtually with the Director of the South Asia and Afghanistan Section of the Norwegian Foreign Ministry, Mattis Rausstol, and Norway’s Special Representative for Afghanistan, Per Albert Ilsaas.

They discussed the latest developments in the Afghan peace process, including ongoing efforts to further strengthen and consolidate national consensus on the peace imperative; the regional and international conferences on Afghanistan, and the finalization of the Afghanistan-Norway Strategic Partnership Agreement (SPA).

Ambassador Ghafoorzai also appreciated and emphasized the importance of Norway’s contributions in Afghanistan, including support for peace efforts in Afghanistan, as well as the country’s co-penholdership on Afghanistan at the UN Security Council in New York. In that respect, he welcomed the recent press statement of the UN Security Council, which condemned targeted attacks on civilians, including civil servants, the judiciary, the media, health-care and humanitarian workers, among other groups, and called for an immediate end to such attacks.

He also emphasized the importance of confidence-building measures through a ceasefire towards achieving an outcome that leads to a lasting and dignified peace, consistent with the demand and expectations of the people.