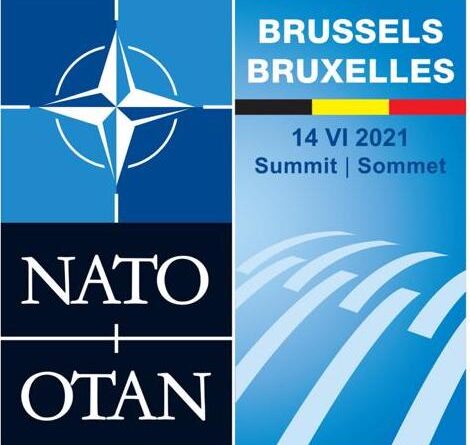 Yesterday, June 14th, the Summit meeting of NATO member-countries took place in Brussels. Afghanistan was among the main issues on the agenda of the meeting, and the outcome reaffirmed NATO’s enduring support for security and stability in Afghanistan.

The Heads of State and Government of NATO countries reinforced NATO’s commitment to continue supporting and standing with Afghanistan in various fields. The Brussels Summit Communiqué underscored that the withdrawal of NATO troops from the country opens a new chapter of relationship with Afghanistan and that the organization “would continue to stand with Afghanistan, its people, and its institutions in promoting security and upholding the hard-won gains of the last 20 years.” In that regard, “NATO will continue to provide training and financial support to the Afghan National Defence and Security Forces, including through the Afghan National Army Trust Fund.” The Communiqué also emphasized that “NATO will retain a Senior Civilian Representative’s Office in Kabul to continue diplomatic engagement and enhance partnership with Afghanistan,” as well as “provide transitional funding to ensure the continued functioning of Hamid Karzai International Airport in Kabul”. The Summit meeting also emphasized NATO’s continued support for “the ongoing Afghan-owned and led peace process” to end the conflict, safeguard and protect fundamental human rights, uphold the rule of law and help prevent Afghanistan from ever again becoming a safe-haven for terrorists.

Norway was among NATO partners which highlighted its continued engagement in and support for Afghanistan, during the post-international force withdrawal period, which will be the start of a new phase in Afghanistan’s partnership with the international community. Prime Minister Erna Solberg affirmed Norway’s readiness to support the continued operation of the field hospital in Kabul until the end of 2021 after NATO’s withdrawal from Afghanistan. This engagement is considered essential to ensure the continued diplomatic and civilian presence in Kabul. Also in Brussels for the NATO Summit, Foreign Minister Ine Eriksen Søreide stated that “the field hospital is a key part of our diplomatic and civilian presence in Kabul” and that it was “vital for ensuring that Norway and the rest of the international community can continue to provide humanitarian help and development aid and support the peace process in Afghanistan.” Defense Minister Frank Bakke-Jensen was also at the Summit meeting and stated that “although we are concluding military operations in the country, Norway aims to help train Afghan forces outside Afghanistan under the auspices of NATO, and, in this way, assist them in ensuring security in their own country.”

NATO’S and Norway’s contributions to Afghanistan during the past decades have been a key factor in many positive changes in the country, and their continued support is highly valued by the people and government of Afghanistan.