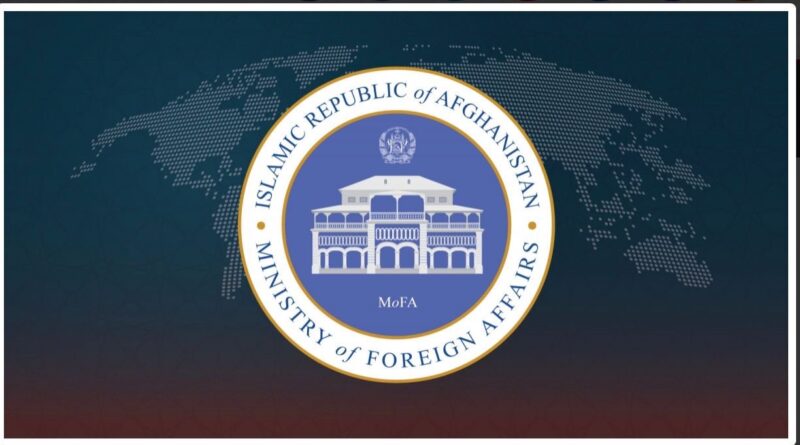 Today, the world marks the twentieth anniversary of the terror attacks on the United States of America, in which thousands of innocent men, women and children lost their lives. This event followed a worldwide condemnation of al-Qaeda and those that harbour terrorists. In October 2001, the international community partnered with the people of Afghanistan to liberate the country from international terrorism and champion democracy, pluralism, human rights and fundamental freedoms and the right to self-determination.

In the past twenty-years, working together with many friends and partners in the international community, Afghanistan underwent a tremendous transformation, amidst the challenge of being the front-line State in the global fight against international terrorism.

We pay tribute to the memory of all – including the members of our heroic security forces and the military and civilian personnel of our international friends and partners – who made the ultimate sacrifice for the cause of peace, democracy, stability and prosperity in Afghanistan. To the families of all who lost their precious lives in Afghanistan: sacrifice of your sons, daughters and loved ones will be remembered.

This occasion is also a moment to recognize and honor the courage and resilience of the heroic people of Afghanistan, from all walks of life – ordinary citizens, journalists, women and youth groups, civil society and others – who played an essential role in making possible the many foundational achievements of the past twenty years. They worked and sacrificed to develop a society based on democratic values and principles, and where the people would have the liberty and opportunity to set, pursue and achieve objectives for the benefit of a more peaceful, stable and prosperous Afghanistan.

On this September 11th, as we remember and honor the memory of all who lost their precious lives in the global fight against terrorism, let us also reaffirm a shared commitment to remain united against those who seek to undermine our way of life and all that the civilized world stands for.

Recent developments in Afghanistan require serious international attention to save and preserve what the thousands of international civilian and military personnel sacrificed for alongside their Afghan friends and comrades: a democratic and pluralistic Afghanistan in which the rights and freedoms of all citizens, especially women, are upheld and respected and which does not allow any safe haven for terrorism to threaten any other nation from its territories.

The recent illegal capture of power and territories in Afghanistan by the Taliban, the formation of their so-called caretaker government, the brutal suppression of political opposition and action against basic liberties of our people including freedom of speech and peaceful demonstration do not inspire confidence that Taliban will deliver on the basic expectations of the Afghan people and the international community.  Upholding human rights, especially the rights of women, children and minorities, political inclusivity and counter-terrorism are the key national and international expectations on which the Taliban should be held accountable both nationally and internationally. Taliban’s failure to meet these foundational principles will undoubtedly risk prolongation of the conflict and pose serious threats to regional and international security and stability.

We call on the international community to not forget Afghanistan and help ensure that the will of the nation is upheld. At this most difficult juncture, a comprehensive political settlement, leading to the formation of a broad-based and fully inclusive government that protects and advances the rights of all Afghans and which will uphold the will of the nation, including the right to self-determination, is the only viable pathway forward.

Once again, we convey our deepest gratitude to all of our international friends and partners who have served and sacrificed for the cause of peace, democracy and pluralism in Afghanistan. Together, we can still save and preserve these noble values for which thousands of precious lives were sacrificed.